>Okay, folks. My schedule is kicking my ass this week, and my ass will be kicked even harder next week. So instead of giving you three real posts this week, you get two and a half. This might happen next week, depending on how much brainpower I have left after tech weekend for the show I’m in… But after that, I promise that I’ll be returning to normal levels of snark.

Anyhow, I couldn’t leave you empty-handed, so here’s some miscellaneous pictures that I haven’t found a home rant for yet. 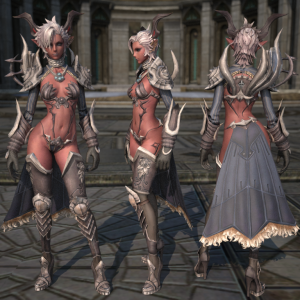 I’ve forgotten what game this comes from, since I forgot to include the game’s name in the file name when I saved it. I think that says a lot, don’t you? I think I’m becoming a bit too blase about crotch floss as armor.

Okay, does anyone think it’s a coincidence that “GROWING” is right over this poor woman’s boobs? Neither did I. Though I’ll admit the mental image of growing boobs made me think of DragonBall, which was an amusing mental non-sequiter. “AAAAAAAAAA!” “SHE’S REACHED BOOB LEVEL 9000!” “IMPOSSIBLE!”…no? Just me then. Moving on… How about this?

WHAT. THE. FUCK. Seize power? Fine. Seize glory? Sure, if you think people really give a shit about your performance in a shitty knock-off browser-based game. Seize WOMEN? BECAUSE THEY’RE YOURS? AAARG. I know that the Chinese export a lot of translated games, Caesary being one of many, but I’d prefer that they didn’t export their misogyny as well.

This is from an ad campaign in Europe – thank God not in North America. This fails on multiple levels.

Once again proving that the default of anything is male, and that female is always “special” or “distinct”. Even, apparently, with puzzle games. I hope those of you with iPhones refrain from purchasing either version of what looks to be an uninspired Tetris clone.

I can’t decide what I hate more. The cleavagey outfits, the interchangeable faces, the nauseating levels of pink, or the actual words. MISS BIMBO? There’s a game out there called MISS BIMBO? Do they honestly think that making their ad pink will make the title any less revolting? Also, advertisers who perpetuate “bored of” should go die, like, right now. This makes my inner grammarian want to stab my eyes out.