Skip to content
HomeFeminist-leaning dudes: let’s have “the talk”

In the last few months, I’ve found myself having several variations on what I think of as “the talk” with male friends and/or acquaintances. These guys have been people who have discovered that they have explicitly feminist leanings in the not-very-distant-past, who want to do more but are not really sure what to do with the generalized guilt that comes with feeling complicit for the failings of their gender. Since I kept repeating myself, I thought it would be worth writing about here.

So – dudes and dude-identified people! If the first paragraph sounds like you, then pull up a chair because it’s time to have “the talk”. (I promise it won’t be as bad as the actual “talk”.) 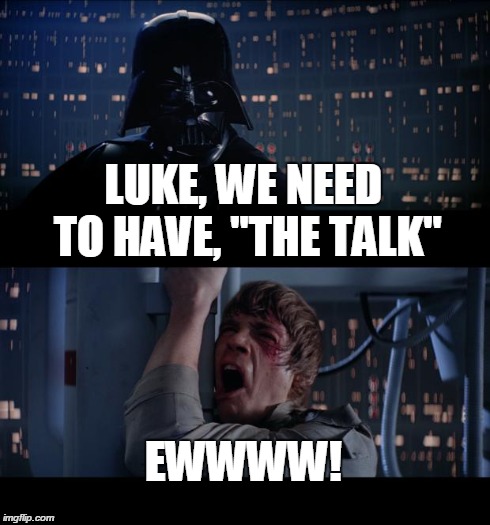 First: the pep talk that isn’t

As privileged people, we know that we shouldn’t engage in racist/misogynist/whatever-ist behavior. And fundamentally, everyone wants to believe that they are one of the good guys – that they are a decent human beings despite their faults! And as a privileged person who is starting to learn about feminism and social justice, sometimes that fear of fucking up can be paralyzing. Because you want to not to be like the other privileged asshats out there! You want to be better than that!

The problem with that way of thinking, however, is that taken to extremes, that fear can cause you to prioritize your fear of not wanting to be seem as [whatever]-ist over the feelings of real actual people suffering that real actual -ism. I’ve seen it happen, and it’s never pretty when it does. Because inevitably, it goes something like this:

Privileged person: How dare you! I would never fuck up! I’m a GOOD person, not some terrible, awful fuckup! You’re just a bully! A big stupid bully!

So instead of being “That Ally”, accept the inevitability of fucking up.

It does not give you permission to willfully be an asshat – you do still need to try not to fuck up; ironic sexism is still fucking sexism and it still isn’t okay. But fucking up doesn’t make you a monster, it makes you human. Accept that patriarchy has been imposed on you, just as it has been on everyone else. We are all participants in patriarchy.

Fucking up doesn’t make you uniquely horrible or monstrous – it’s simply a thing that people do every day. When it happens, acknowledge it with grace and apologize with sincerity. Then go forth and do better, always remembering that you’re not perfect. If you do really well, you’ll simply find new and different ways of fucking up.

You can choose to be depressed by all of this, but I offer it to you in the spirit of liberation – because the fear of being racist/sexist/whatever-ist and by extension a terrible person can be absolutely paralyzing, and it can take you to some deeply toxic places. So let it go, my friend. Let it go.

But, wundergeek! That’s it? That’s all I get? Just don’t fuck up, but have fun fucking up anyway?

Well. Yeah – kind of? I mean, there are a ton of resources out there on how to be an effective ally, many of which are pretty easy to find even with weak-to-moderate Google-fu. However, since I’ve also been seeing a lot of the same rookie ally mistakes that have been really getting under my skin, here are the absolute basics of the basics of the basics.

1. Learn to use Google

I appreciate that you’re probably sincere in your desire to learn more. But what you need to appreciate is that engaging with every probably-well-intentioned dude who wants me to give him a reading list to get him started down the path toward Being a Feminist (Ally) would be a colossal waste of my time.

I am not here to educate you. This blog explicitly states is not a 101-level blog and if there’s something here that you have trouble understanding, THAT’S WHAT THE REST OF THE INTERNET IS FOR.

That’s pretty much true for almost any other major feminist you can think of. We have SHIT TO DO that doesn’t include providing reading lists for any old rando who asks. So do yourself a favor and learn how to Google the answers you need. I PROMISE you they are easy to find.

2. Call men on their shit

When a man says or does something shitty in your presence, call him on it. You don’t need a lecture or a special technique or anything. Quite often, a “dude, not cool” will suffice.

Patriarchy is perpetuated by silence, so don’t be silent. As a dude, you have the automatic power of People Always Listening To You – a power most decidedly not conferred on lesser (read: non-dude) mortals[1]. With the benefits of patriarchy comes an obligation to use your power for good.

DO NOT make -ist jokes. Challenge people who make -ist jokes (when you can) in your presence. If you are not able to do so, say, because you work in customer service and this behavior is coming from a customer – refuse to laugh at -ist jokes.

Humans are social animals. The temptation to laugh politely so as to not make a scene will be there. Resist. Because “not making a scene” tells the -ist asshole YOU ARE ON THEIR SIDE

4. Don’t make light of or attempt to find the bright side of abuse

If you know someone who is experiencing sexist/racist/whatever-ist harassment or abuse, for the love of Christ don’t diminish it or try to make it humorous, because I promise you that there is nothing even remotely humorous about what they were experiencing. And yet twice this week I have talked with dudes who have attempted to “find the humor” in the misogynist abuse that I get through this blog. Because, you know – life is funny! Laugh it off! Because misogyny is just such a laugh riot and I should be able to shake it off! 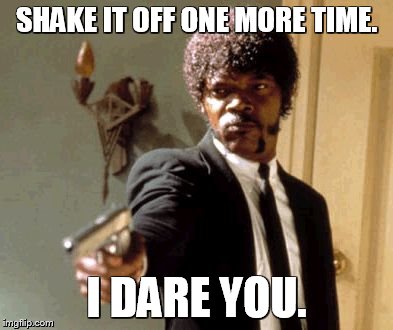 So yeah. Don’t do that. You might think you are helping, BUT YOU ARE NOT. You are doing the opposite of helping.

Look, it can be hard when someone you care about or respect tells you about awful shit they are experiencing. It may be that your natural impulse is to jump in and try to help! Because you want to be a not-terrible human being! But that impulse? Sorry dudes – but mostly it is super unhelpful.

Look, as a dude just starting out in feminism I can pretty much guarantee you that any solutions you have to offer are not going to be original. The woman you want to share your “brilliant insights” with will not be awed or impressed, because she will have heard them before from every other well-meaning-but-unhelpful-dude who thinks that he has All The Answers. The thing you’re trying to fix is MY FUCKING LIFE. Which I have been living, all day every day for quite a long time now. I spend quite a lot of time thinking about it, seeing as how it’s mine, and I can promise you that the thing that popped into your head after two minutes of listening to me talk about my problems isn’t anything I haven’t already thought about myself.

So stop. Just. STOP. And listen. And when a response seems warranted, practice saying things that follow this formula (your wording may vary):

Expression of sympathy: “That must suck”, “That sounds hard”, “Wow – that’s bullshit” PLUS

Expression of (CONTEXT-APPROPRIATE) respect and/or appreciation: “You’re my friend and I have your back”, “I love you and I’m here for you”, “I admire your work and continue to find value in what you do”.

Then stop. Listen more. And repeat as needed. Because this? THIS is the shit that keeps me sane when I’m having a bad anxiety day, or when I’m so angry I’m trying not to cry, or when I feel like I just want to give up and walk away from it all. THIS.

Now go forth and do better.

[1] Reasons I have been told that I am not worth listening to in the last month include: I am “fat”, I am “ugly”, I am “unfuckable”, and I kill mens’ boners.

8 thoughts on “Feminist-leaning dudes: let’s have “the talk””