Skip to content
HomeTips on successfully trolling a feminist

But first, some administrativa[1]

I’m pleased to say that I’ve reached a milestone. 50 patrons are now supporting this blog through my Patreon!

Since re-starting the blog after its somewhat lengthy hiatus, I’ve written 25 paid posts (including this one) covering a huge range of topics, from silly to serious and everything in between. So thanks to all of you for your continued support.

I got one of my best troll comments yet here on the blog the other day. I won’t gratify the troll by posting the entirety of the comment, but it did call me an “autistic entitled skank” and said that I’d given him cancer. I was so delighted that the first thing I did (after deleting it from the post, naturally) was email it to a friend, who shared a good laugh with me.

Which got me thinking about how the majority of trolls are usually working against themselves in their feeble attempts to provoke anything stronger than mild annoyance. Because a lot of their “big guns”? Aren’t actually insults. Or rather, the fact that they are perceived as insults only proves the point of what I am talking about[2].

So because I care, I decided to write a post concerning mistakes to avoid when attempting to troll a feminist.

I know, I know. You’re welcome.

Lesson One: Grammar and spelling are important

When you’re crafting a comment designed to pierce the hate-filled heart of a feminist, it’s important to stick the dismount, as it were. You could be the Hieronymus Bosch of internet comments, but if your masterfully crafted barbs are delivered without any care for spelling, grammar, or capitalization, you’re just going to get laughed at. Case in point, this guy:

It is a sad truth that feminist agents of misandry are elitists and will only deign to read comments that adhere to proper rules of grammar. Now that’s not to say that you must be perfectly fluent in English – we do attempt to be reasonable, after all. There is usually an obvious difference between the sorts of small mistakes made by someone whose first language  isn’t English and the mistakes of someone who clearly doesn’t care about sentence structure at all.

So remember. Feminists are shallow and will totally judge a book by its cover, especially when that cover is ASKFLFLTTTFFTKKK.

One of the difficulties in trolling a feminist is that there tends to be a lot of miscommunication because of different priorities. Many of the things that you deem most insult-worthy are also things that feminists are indifferent to or even perversely proud of.  So here are some (non-)insults to avoid the next time you feel the need to tell a feminist what you think about her so that she’ll feel bad about herself.

The problem with calling a feminist any of the above is twofold. First, feminists get called these things so often that these insults are just like water off a duck’s back. It’s a waste of everyone’s time, not that we care about the feminist’s time because feminists, amirite? Second, telling a feminist that she is a fat/ugly/unfuckable isn’t actually a statement of objective fact, but rather opinion. You are putting forth your opinion that this awful feminist lacks qualities that would make fucking her enjoyable.

The problem with that? Feminists don’t actually care what you think about their fuckability, or lack thereof. 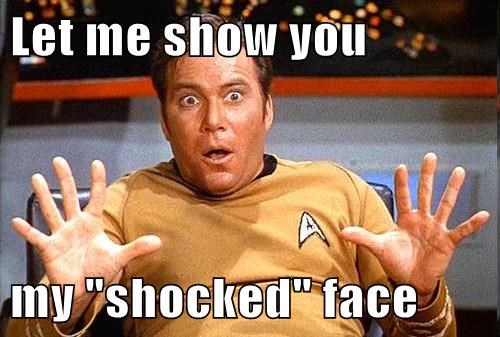 It is, of course, a blight upon our civilized society that there are women out there who don’t care if a man offers his unsolicited opinion about her attractiveness as an (in)validation of her worth. But this is a sad reality we brave few have to face.

There are several problems with using this line of attack. First, if you happen to be using this insult against a woman (which is likely), you are forgetting that feminists don’t actually think that being called female anatomy is an insult because there is nothing inherently dirty about women’s bodies. (They are, of course, wrong because yuck and also cooties.)

Second, consider that most feminists have generally positive feelings towards cunts, which is another reason this taunt should be avoided. Many (though not all) female feminists actually have cunts, and a large subset of those female feminists actually enjoy having them. (I’ll admit that in moments of feminine weakness, I have been guilty of this.) So if you call a feminist a cunt, especially a female feminist, there is a good chance that your jab will be counter-productive and engender positive feelings instead, which is counter to the whole point of the exercise.

Bitch is a pretty broad insult, which would seem to make it useful in its versatility. But all it really means, in the end, is that a woman is not adhering to expected social norms of behavior. And since feminists are devoted to overthrowing the social order and instituting a matriarchy that privileges women over men, calling a feminist a bitch is actually a compliment.

Don’t believe me? Look at the preponderance of products available online emblazoned with some variation of “you say bitch like it’s a bad thing”. The free market is a testament to the prevalence of the widespread female disregard of the bounds of proper female behavior.

This one is just a waste of time, okay? As we all know, all feminists hate men and naturally, as a result, will only want to sleep with women. Calling a feminist a lesbian is like calling a US Senator corrupt. You’re just stating the obvious. Also, given that feminists are in perpetual competition with each other to see who can hate men the most, calling a feminist a lesbian is just going to serve as validation for her man-hating ways and will only earn her brownie points with other feminists.

Lastly, many feminists are actually friends with lesbians and other queer-of-center people. Would you be insulted if someone compared you to some of your friends? ….well okay, but that’s not the point.

This, too, is a largely ineffective attack to make against a feminist. Most feminists get pretty vocal about “normalizing mental illness” and “reducing” the “stigma” against “people” with “mental illness”. Since calling a feminist crazy actually reinforces the point that they’re trying to make, best to avoid this one too.

Slut is probably one of the most meaningless words in the English language. It’s application has been so widespread that essentially all it means is “woman who did something you don’t like or approve of”. And since we’re talking about feminists, it’s pretty much their life’s goal to do things that upstanding, civic-minded individuals like yourself wouldn’t approve of.

Look. Feminazi is a term created by Rush Limbaugh and… really? Can’t we do better? Besides, any use of the term feminazi is automatically invoking Godwin’s Law, which means you lose. Sorry. That’s just the way it is.

The problem isn’t that feminists have no sense of humor. Far from it! The real problem is that feminists aren’t funny. Or rather, that you don’t find them funny. Feminists, on the other hand, think that they are hilarious.

Unfortunately, this is an argument that you’ll never win.

Lesson Three: Don’t bother, because they don’t give a shit what you think

Or at least this feminist doesn’t.

[1] I will never use a short word when there is a much cooler, longer word.

11 thoughts on “Tips on successfully trolling a feminist”