There have been some really great takes on just why Ubisoft’s proclamation that it was just a “reality of game development” that their newest title in the Assassin’s Creed series wouldn’t include playable female characters, many of which I covered in Friday’s link roundup.

However, some conversations on Google+ inspired me to do some silly drawings of some only-slightly-less-ludicrous reasons why it’s just too hard for studios to include playable female characters. A picture is worth 1000 words and all that: 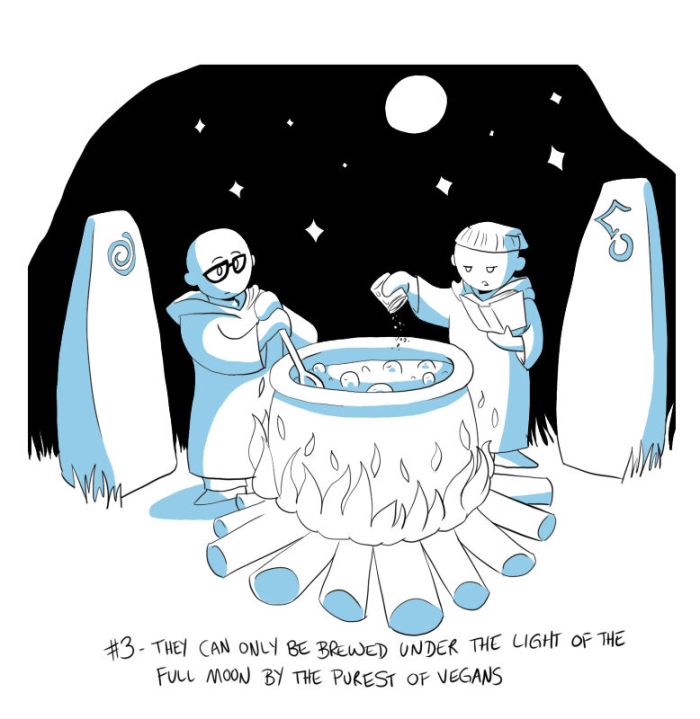 It was nice to get a chance to return to my roots, as it were, by doing something silly for once (not to mention taking a bit of a break from Princess Charming); a lot of my posts recently have been rather serious, but sometimes it’s nice to just be silly.

Still, I think it’s worth using this post to make a serious point. Given that Ubisoft has already had female assassins in the series, including Aveline, a title character in her own AC game, it stretches my credulity beyond the breaking point for me to believe that it’s honestly that hard for Ubisoft to include a playable female assassin.

There are existing development assets already, including Aveline’s model and all of the motion-capture done for her animations. Would it really have been so hard to do some color-swapping of Aveline’s model and port her into the game? It certainly wouldn’t have been anything budget-breaking, given that this is a AAA title with a AAA budget. Frankly, female moon pixels and fire-breathing dragons are about as easy to believe.

Ubisoft would have done a lot better to own up to the truth: either they didn’t want to make a playable female character, or they just didn’t think of doing it. Instead, this gutless prevaricating has cost them a lot of goodwill. I’ve seen many long-time fans of the series who had appreciated the diversity of the series and its’ development team saying that they’re not going to put any more money into purchasing future AC games.

All in all, it would be hard to imagine a more bone-headed marketing ploy for a game that needs a large audience to recoup its astronomical development budget.

Do you link this post? Do you wish you could buy a print of these cartoons? Good news – you can! And honestly, who wouldn’t want to hang such beautiful satire on their walls? (Don’t answer that.)